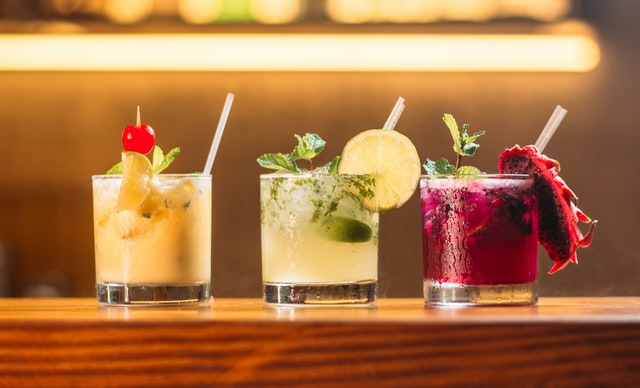 Can You Put Alcohol in A Protein Shake

Have you ever wondered is it possible to put alcohol in a protein shake? Or if someone can do so, does this cause more damage? The answer lies in the type of protein shake (whey, soy or egg), food components (carbohydrates and triglycerides) in the shake, and even the ethanol concentration. But before delving into the scientific details of how mixed alcohol with protein shakes can affect your health, let us give you a brief overview of proteins and their roles.

Can You Put Alcohol in A Protein Shake?

You can mix protein powder with vodka. But mixing protein powder in alcohol and drink as a shake is bad idea because it reduces the chances of protein synthesis. Also taking protein shake before alcohol can reduce the effect of alcohol in your body.

Protein shakes are often consumed as a meal replacement, or as a post-workout snack. They are especially popular with bodybuilders and other athletes who may be in the process of bulking up or losing weight. Unfortunately, many people don’t realize that protein shakes can also be used to make alcohol cocktails. The process is simple, and all it takes is some creativity.

How Much Alcohol is Too Much While Drinking?

If you’re drinking to get drunk, then yes, it’s too much. If you’re just enjoying a drink or two with friends or family, then no worries. There’s nothing wrong with a couple of drinks per week.

If you’re trying to lose weight, getting drunk isn’t exactly the best idea. Alcohol is high in calories, and it doesn’t help you feel full. Alcohol also interferes with the absorption of nutrients from food. And if you’re drinking more than 1-2 drinks per day, you may be at risk for developing alcohol-related health problems like liver disease and cancer.

So how much alcohol should you have? It depends on your goals. For weight loss purposes, moderate drinking means having 1 drink per day for women and 2 drinks per day for men (3). This amount is low enough so that it won’t interfere with your diet or exercise routine but high enough that it won’t cause significant weight gain over time.

The best alcohol for mixing with protein shakes is vodka because it doesn’t contain sugar or carbs that could interfere with the absorption of nutrients from the shake. Vodka also mixes easily with water or milk, making it ideal for use in protein shakes. Other types of liquor such as gin or tequila work well too because they contain fewer calories than other types of alcohol like whiskey.

There’s a myth that you can’t drink alcohol and do protein shakes at the same time. So let’s talk about dehydration.

First, let’s talk about dehydration. Alcohol is a diuretic, which means it makes you pee more than normal. That’s why people who have been drinking tend to be dehydrated, even if they haven’t been drinking an excessive amount of water.

To avoid this, make sure to drink plenty of water before and after a workout — whether it’s with or without alcohol in your system! If this is too much for your bladder (and I know it can be), try diluting your alcohol with water or other non-alcoholic beverages like tonic or soda water.

Protein shakes can be a great way to incorporate more protein into your diet. They’re convenient, portable and easy to consume on the go.But what if you want to add alcohol to your protein shake? Drinking alcohol with a meal is bad enough, but what about mixing it with a protein shake?

Well, there are some things you should know before you decide to mix alcohol with your protein shake. Protein shakes prevents the negative effect of alcohol in your body and also reduce hunger and even hang over chances.

In short, yes you can put alcohol in a protein shake

The reason for this is because protein shakes are made with water by default. And since alcohol is a liquid, it will mix with the water.

If you want to put alcohol in your protein shake then it’s best to check the ingredients list on the bottle first.

Protein shakes are a great way to get in some extra protein after a workout, but they can also be used as a meal replacement or before bed. They’re pretty versatile and can be made with milk, water, yogurt and even other types of milk like soy milk.

But what if you want to add some alcohol to your protein shake? A lot of people are curious about how much alcohol can go into their protein shake. After all, it seems like an easy way to get drunk without actually drinking anything.

The issue is that alcohol is very high in calories and carbs. The more alcohol you add to your protein shake, the less protein you’ll have left over for muscle recovery. This is why most fitness experts recommend avoiding alcohol when trying to lose weight or build muscle mass. It is recommend to not put alcohol in your protein shake.