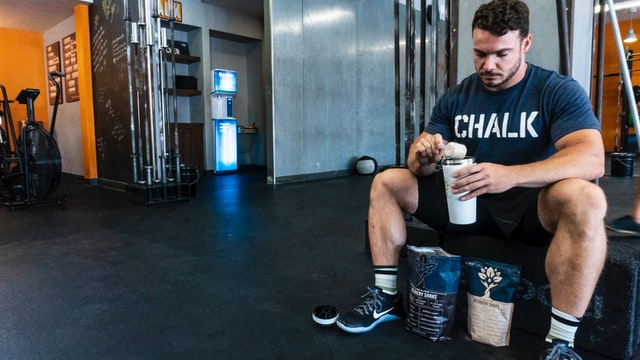 Should You Cycle Creatine

Creatine’s performance enhancing and neuroprotective qualities originate from the fact that it is a molecule in an energy system (creatine phosphate) that can rapidly produce energy (ATP) to sustain cellular function. An incredibly well-studied and safe supplement for the vast majority of users.

It is not necessary to cycle creatine. On leading phase 4 grams per day is enough on normal days 2 grams is enough.

Related: How to Load Creatine

What does creatine supplementation do?

Creatine, the most popular dietary supplement for improving athletic performance, is mostly used to speed up muscle growth and boost power output, with some minor but noticeable effects for enhancing skeletal muscle endurance as well. In a nutshell, it extends your lifting capacity.

However, creatine supplementation appears to have neuroprotective qualities and may function as a cognitive enhancer (for vegetarians) or antidepressant beyond these uses, which are the most common reasons people opt to supplement with creatine (currently only shown in females).

Creatine supplementation has been linked to a number of potential health benefits, including protection against cellular damage (through a decrease in apoptosis rates) and increased cellular longevity, however these effects have yet to be shown in human intervention studies. There are numerous other advantages.

How does it work?

A cell’s primary “energy currency” is adenosine triphosphate (ATP). With creatine, you can quickly restore ATP levels without resorting to inefficient intermediary molecules.

As of now, creatine supplementation has not been linked to any serious adverse health impacts. There are a few’side-effects’ linked with creatine supplementation, and the term ‘clinically relevant’ refers to anything that can bring adverse impacts to your health (such as kidney or liver damage, both of which have been equivocally disputed).

Too much creatine can cause diarrhoea because it is poorly absorbed by the intestines at large dosages and draws water into the intestines. The water-attracting qualities may also trigger nausea and other stomach issues.

In what quantity should I take this?

A daily dose of creatine between 2 and 3 grammes is all that is necessary for a sedentary or moderately active person. A minimum of 5g per day may be necessary for athletes due to the greater rate of creatine turnover in muscle tissue (the largest creatine “reservoir” in the body) (for prudency, the 2-3g range still seems effective).

Can I avoid creatine cycles by taking a higher dose?

There is no need to cycle creatine. Traditional creatine use is loading for one week, maintaining for three weeks, and discontinuing use for one to two weeks. There is no need to take a vacation from creatine because there is no known ‘creatine sensitivity’ because creatine does not act upon any receptors.

If I stop using creatine, what will happen to my body?

It takes around a month for the body’s creatine levels to return to their pre-supplementation levels after discontinuing creatine supplementation. Whether or not it takes as long to cleanse the body after exercise depends on how much creatine was initially deposited in muscle tissue and how strenuous the workout was.

Can hair loss be attributed to creatine use?

DHT  is a more stronger androgen that has been linked to both power output (good) and hair loss in genetically predisposed males and prostate cancer (bad), and creatine has been blamed in the past for boosting its levels (bad).

If you already have a full head of hair, the increased DHT and hair loss aren’t something to worry about. However, if your hairline is already receding, utilising an androgenic supplement that can raise DHT could speed up the process. Concerns about a link between creatine supplementation and hair loss have not been addressed by any clinical studies.

Although dihydrotestosterone (DHT) is itself a negative stressor, creatine buildup in hair cells is protective of them since it boosts energy production; the final effect of creatine supplementation in males with a receding hairline has not been studied.

The best time to take creatine is when?

Creatine can be consumed whenever it is most convenient, and it will be stored in the body’s skeletal muscles until it is needed (unlike pre-workout supplements like caffeine or citrulline). It may be wise to take creatine with meals rather than on an empty stomach, as there is some data suggesting (but not proving) that this is the optimal way to maximise its effects.

Should I take creatine with food or on an empty stomach?

Creatine loading (defined as taking 15-20g of creatine throughout the day for the first 5-7 days of supplementation, followed by a more moderate “maintenance” period of 2-5g daily) is not necessary but is not necessarily counterproductive. Although consuming 5g of creatine everyday will eventually generate the same degree of saturation as a loading procedure, the latter will get you there faster.