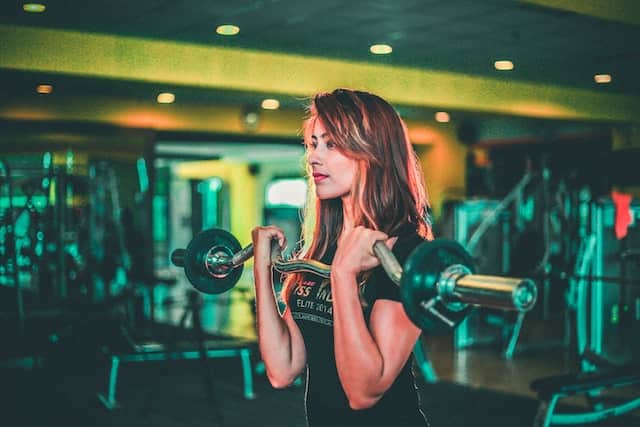 Benefits Of Creatine For Women

Creatine is one of the most studied supplements on the market today, yet it is primarily advertised to men for its muscle-building benefits. Creatine’s benefits extend far beyond its ability to help you bulk up, and these other uses are crucial for everyone (particularly women) to consider. Let’s see what the studies have to say!

What Role Does Creatine Play in Women’s Health?

Master Coach Sam Sweeney of Bodybuilding.com strongly recommends creatine for women “Because it works,” and he adds, “There have been numerous studies, research, and clinical trials done confirming the efficiency of creatine not only for muscle growth and endurance purposes but also in areas such as brain health and development, and hormonal benefits.” Numerous studies have shown that creatine supplementation is healthy for both men and women, which is encouraging. As you can see, however, its effects extend to a considerably broader range of bodily functions.

“Women generally tend to consume less creatine in their natural diet than men,” added Master Coach Sam Sweeney. “This implies supplementation can not only be advantageous but crucial to maintaining energy output levels in the body [and brain]” (2007). Creatine supplementation is therefore particularly crucial for women because their bodies naturally produce 20-30% less usable creatine.

Your cells can produce more adenosine triphosphate (ATP), one of the body’s main energy sources, with the help of creatine. What you’re looking at here is the power behind your muscle contractions during physical activity. Taking creatine supplements helps your body produce more ATP in a shorter amount of time. When performing high-intensity, short-duration activities, increasing this cellular energy can allow you to lift slightly more weight and/or complete a few extra repetitions. Regardless of your end goal, increasing your workout’s reps and/or weight will help you achieve it.

The brain relies on creatine as its primary fuel source because that is where the body gets its energy. Similarly to how physical exertion causes muscle fatigue, mental exertion causes a decline in brain creatine levels. That’s why creatine powder is such a useful supplement.

Over the course of eighteen weeks, 33 women were randomly assigned to receive either 5 grammes of creatine or a placebo. The individuals’ cognitive abilities were evaluated at the start of the period and then every six weeks thereafter. Creatine-treated ladies scored significantly higher across the board (Caroline, et al, 2003). Another study found that just five days of creatine supplementation had a direct effect on lowering mental fatigue and raising cerebral oxygen consumption (Watanabe, et al, 2002).

Promising results have been shown between creatine supplementation and improved mental performance. Recent studies have shown that creatine may also be useful in reducing the effects of age-related neurological disorders. Evidence from these research suggests that creatine supplementation can assist persons with these conditions avoid the devastating loss of motor neurons and regain some of their mental faculties.

Reduce the Signs of Old Age

Naturally, as women age, they go through a number of transitional phases, such as perimenopause, menopause, and beyond. Creatine levels in the body are related to the fluctuations in hormone levels that occur throughout these phases. In particular, a woman’s oestrogen levels begin to decline in her 30s.

When this happens, oxidative stress and inflammation rise, both of which worsen muscle atrophy, bone density loss, and strength decline. Creatine supplementation has been demonstrated to mitigate these negative ageing effects in women (Smith-Ryan, et al, 2021). In support of this, another study looked at the effects of creatine supplementation and resistance training on postmenopausal women (aged 50–65) with osteoarthritis.

Creatine supplementation improved the women’s quality of life, physical performance, and lean muscle mass in the legs, according to the study’s authors (Neves, 2011). Creatine pills, as you can see, may play a significant function in assisting you in feeling and appearing younger.

Pack Up And Leave

The supplement creatine can be taken in a handful of different ways. Some experts advise starting with a 15-20 gramme dose each day for 5-7 days, tapering down to 3-5 gramme doses thereafter. The objective is to rapidly elevate your creatine levels to their maximum. It’s not necessary, and it could lead to some little swelling in the body. Others argue that a monthly intake of merely 3–5 grammes of creatine will be sufficient to reach peak levels. Furthermore, a creatine break is unnecessary.

There is no clear benefit to taking creatine at any particular moment, and the data on the subject is inconsistent. The key is regularity; try to take it at roughly the same time every day. If your workouts are consistently scheduled for the same time each day, you should take it before exercising.

Creatine advantages have been and are still being studied extensively. When weighed against the possible gains, the price is more than reasonable. There is no better time than right now to check it out and give it a try!