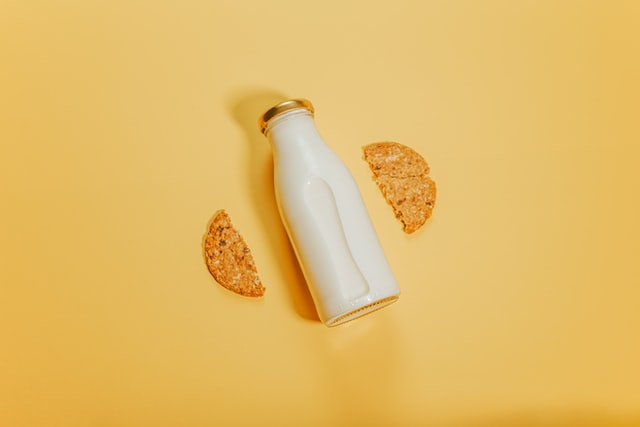 What Foods Have Creatine

Creatine is now widely recognised as the most widely used sports supplement ever. The supplementation and training plan of every top athlete includes creatine ever since Linford Christie won the 100-meter dash at the 1992 Olympics on the substance. Those who train as intensely as endurance athletes do always require more of everything.

Milk, red meat and sea food have more creatine compare to all other foods.

What Functions Does Creatine Serve?

Creatine is a protein-like molecule that can be obtained from foods like lean meats and fish but is not required for proper nutrition. Creatine phosphate (PCr) is formed when a phosphate from an external source links to creatine inside of muscle cells.

In this phosphorylation process, the PCr molecule of creatine is donated to the production of ATP (Adenosine Triphosphate), which is then used by muscle cells for quick energy utilisation and muscular contraction. Therefore, increased strength, power, speed, and muscle growth can result from having more creatine phosphate in muscle cells, as this allows for a greater rate of ATP production during hard exercise.

Creatine’s effects on muscle power have been the subject of multiple research. Thirty male volunteers were randomly assigned to receive either creatine (Cr), creatine plus resistance training (CR-RT), or a placebo plus resistance training (PL-RT), the results of which were published in the journal Metabolism. For days 1-5, the creatine group took 20 grammes, and from days 6 to 28, they took 10 grammes. Both the CR and CR-RT groups gained weight and hydration after taking creatine for 28 days. After 28 days of treatment, CR-RT also shown notable increases in strength.

Creatine supplementation, when used in conjunction with a training regimen, leads to a sustained elevation in muscle creatine and creatine availability, both of which contribute to gains in lean body mass and strength. Research indicates that higher levels of creatine availability and ATP synthesis lead to more intense and effective training, which in turn leads to greater gains in muscle development and strength.

However, the ergogenic effects of creatine do not manifest until after the supplement has been loaded. This means that in order to see an increase in performance, you will need to take a supplemental 20g of phosphocreatine for about 5–7 days. For this reason, eating more meals high in creatine can be helpful.

The Maximum Power Output Has Been Increased

Creatine supplementation has been shown to boost maximum power and performance by 5-15%, particularly in high-intensity training modalities like CrossFit and HIIT, which call for a wide variety of movements interspersed with brief intervals of rest.

The effects of creatine supplementation on peak power performance have been studied extensively. Creatine’s short-term benefits have been demonstrated in studies of cyclists’ performance, total work capacity, and swimming and sprinting times.

Advantages of Creatine in Conclusion

The 6 Creatine-Rich Foods You Need in Your Diet

Due to its abundance of beneficial nutrients like creatine, amino acids, antioxidants, and omega-3 fatty acids, herring has been labelled a “super fish” and used as a food source. Put some herring in a hot skillet and season it with olive oil and lemon zest for a quick fish dish.

Chicken is a common source of protein for athletes because of its high adaptability and protein content. There are 25 grammes of protein and 0.8 grammes of creatine in a 4 ounce portion of chicken. Try one of these recipes for fried chicken the next time you’re craving some.

Pork is high in protein and a rich source of minerals including zinc and potassium. Lean pork loin, with 0.6g of creatine per serving, is a versatile addition to any weeknight dinner rotation.

Steak. A huge juicy steak or tri-tip from the grill is a failsafe meal. If steak is on the menu for your weekly meal prep, have the butcher at your local grocery store hook you up with some Wagyu. The sooner you eat it, the better.

A salmon fillet slathered in pesto butter and served with a squeeze of lemon is the pinnacle of culinary excellence. Broil it for 20 minutes at 400 degrees. Salmon is an excellent creatine rich food since it is packed with protein and loaded with healthful omega-3 fats.

Last but not least, tuna comes in at 0.45g per 4oz as a creatine heavy diet. For those who prefer their fish raw, sprinkle with salt and pepper before giving it a quick sear. Prepare the tuna by slicing it thinly and serving it over a bed of greens with edamame, orange segments, and avocado.